How to Pick a Winning Product, Build a Real Business, and Become a Seven-Figure Entrepreneur 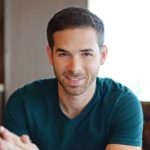 How This Book Will Change Your Life

Ryan Daniel Moran is the founder of Capitalism.com, where he teaches entrepreneurs to build businesses and invest the profits. Ryan is best known for helping over 300 new entrepreneurs build seven figure companies, without big teams or 100-hour work weeks.
“Ryan has been on my podcast several times, and I enjoy watching his journey. As douchey as this title is, I am confident that it will inspire a new kind of entrepreneur.”
Gary Vaynerchuk
Chairman of VaynerMedia
“In the past, books like Rich Dad, Poor Dad, The 4-Hour Work Week, and Crush It! inspired a new generation of business owners...

I believe that the book you are reading right now - 12 Months to $1 Million by Ryan Daniel Moran - is the next classic for this generation of entrepreneurs.”
Russell Brunson
CEO of Clickfunnels
"With the world as polarized as it is, it takes a special ability to present a unifying message around business, money, and capitalism.

I’ve never seen someone provide such a detailed playbook to hitting your first million, and there is no one better to do this than Ryan Daniel Moran."
JP Sears
Author of 'How To Be Ultra Spiritual'
"Ryan has used his own challenges - and the knowledge of so many inspiring and successful entrepreneurs that came before us - to outline a recipe that will make it so much easier to expand your business and yourself. Pay attention and reap the benefits!"
Suzy Batiz
CEO of Poo~Pourri

This is the roadmap to a seven-figure business... in one year or less.

The word “entrepreneur” is today’s favorite buzzword, and any aspiring business owner has likely encountered an overwhelming number of socalled “easy paths to success.”

The truth is that building a real, profitable, sustainable business requires thousands of hours of commitment, grit, and hard work. It’s no wonder why more than half of new businesses close within six years of opening, and fewer than 5 percent will ever earn more than $1 million annually. 12 Months to $1 Million condenses the startup phase into one fast-paced year that has helped hundreds of new entrepreneurs hit the million-dollar level by using an exclusive and foolproof formula.

By cutting out the noise and providing a clear and proven plan, this roadmap helps even brand-new entrepreneurs make decisions quickly, get their product up for sale, and launch it to a crowd that is ready and waiting to buy.

This one-year plan will guide you through the three stages to your first $1 million:

(Months 0-4):
This step-by-step plan will help you identify a winning product idea, target customers that are guaranteed to buy, secure funding, and take your first sale within your first four months.

(Months 5-8):
Once you’re in business, you will discover how to use cheap and effective advertising strategies to get your product to at least 25 sales per day, so you can prove you have a profitable business.

(Months 9-12):
It’s time to establish series of products available for sale, until you are averaging at least 100 sales per day, getting you closer to the million-dollar mark every single day.

"Not only has our business gone from nothing to the mid-seven figures in just a few + years, but we sold our medical practice so that we can start our nonprofit more than a decade earlier than we thought."
Jenna Zigler
"Since discovering the '12 Months To $1 Million' plan, I have proudly built my first internet business beyond the seven-figure mark. It has allowed me to be a full-time entrepreneur and to live life on my own terms."
Justin Ray
"As of this past year, I am proud to say that our business crossed seven figures; the '12 Months To $1 Million' plans works, and I am proof of it! I love being a full-time entrepreneur and am so proud of what we are building."
Jason F
Ryan Daniel Moran

As a serial entrepreneur, speaker, author and investor, Ryan Daniel Moran has been successful in building, operating, selling, and investing in multi-million dollar e-commerce brands. But he is quickly becoming best known for creating and building Capitalism.com—a space where entrepreneurs not only get the tools, training, and tactics to build highly profitable, sellable businesses… They also move one step closer to finding and fulfilling their purpose for being here.

With millions of views on his YouTube videos, hundreds of businesses have reached seven-figure revenue streams and thousands of students are finding lifestyle freedom. But more than that, Ryan challenges his audience to find the meaning and purpose in their lives.

While entrepreneurs often feel bad about their success, Ryan considers it his job to amplify their success because it's their greatest contribution to the world. That means paying less taxes, investing for growth, making as much money as possible and solving the world’s problems more effectively than any government ever could.

He has helped students build and sell companies for as much as
$60 million. A passionate supporter of projects like those that rescue kids from trafficking (Project Underground Railroad) and build clean water wells (Charity Water), Ryan knows how to unleash the power that comes with financial independence.

Capitalism.com exists to empower entrepreneurs to create individualized change they want to see. That means creating a life they want, discovering the passions they possess, and participating in causes they want to be a part of… to live lives that make a mark in the world.

Who Absolutely Needs to Pick Up A Copy of 12 Months to $1 Million?